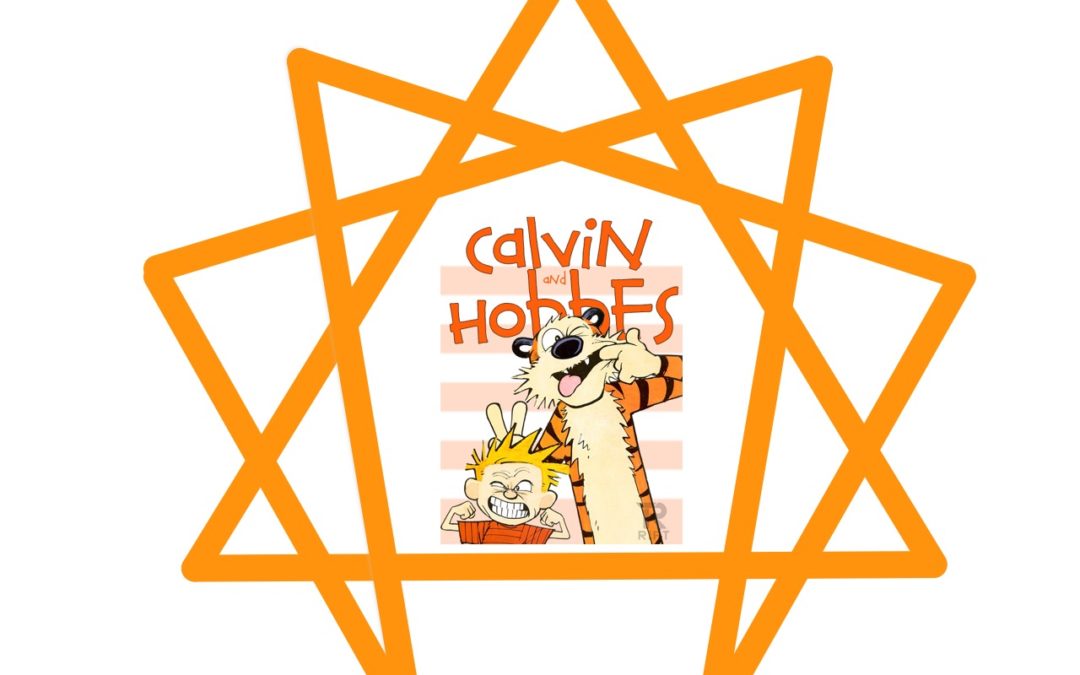 This playful post traces the nine Enneagram energies in the life of a young boy named Calvin and his best friend, Hobbes. The below comic clippings show the characters of this beloved serial enacting the nine personality styles, patterns, and themes in many of their familiar contexts — schooltime, playtime, and walks in the snowy woods.

This post is intended to be on the lighter side! Yet, if you look closely, you will discern not only the Personality Enneagram type patterns in these comics, but also the nine stages of transformation of the Process Enneagram. (Complete with a shout-out to the esoteric “nadir” between Points 4 and 5.) This is the Living Enneagram brought to you by Calvin and Hobbes. 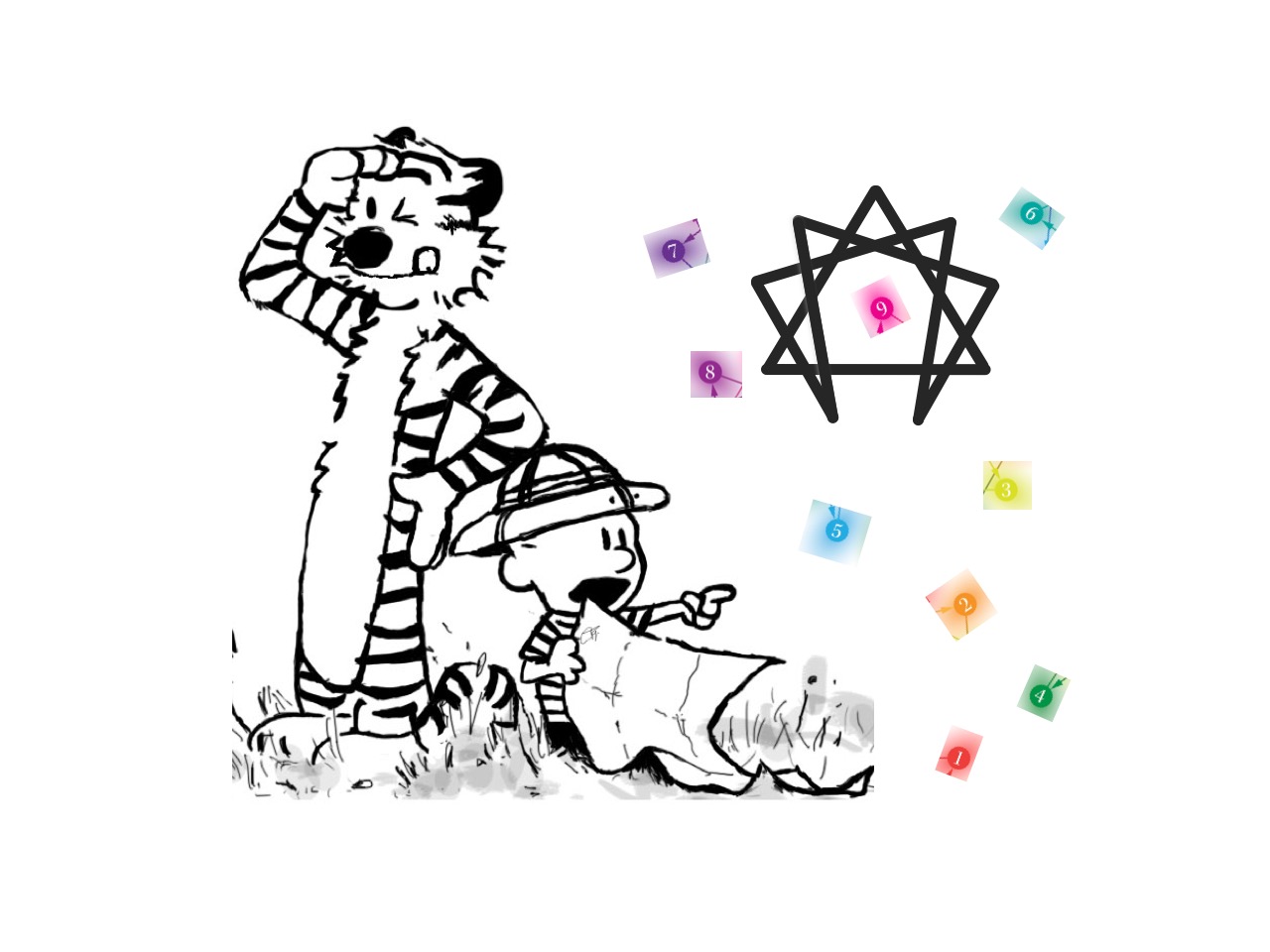 Bill Watterson, the creator of Calvin and Hobbes, famously combined humor and tenderness — with a dash of his Midwestern sensibilities — into the comic characters he brought to life over many years. Watterson was an astute observer of personality. In one interview, Watterson said:

Many strips have, you know, the funny character, the straight man, the foil — those characters are stereotypes and fairly flat. The role of these characters in the strip is entirely defined by their function as a member of a social group or age group, or whatever, and I’m trying to avoid that as much as I possibly can. I try to make each character, even the ones that aren’t that important, a unique personality that, over time, will develop. Some of the minor characters appear less often than Calvin and Hobbes, but, hopefully, over years, each one will become a unique personality that will be every bit as complex and interesting as Calvin and Hobbes. 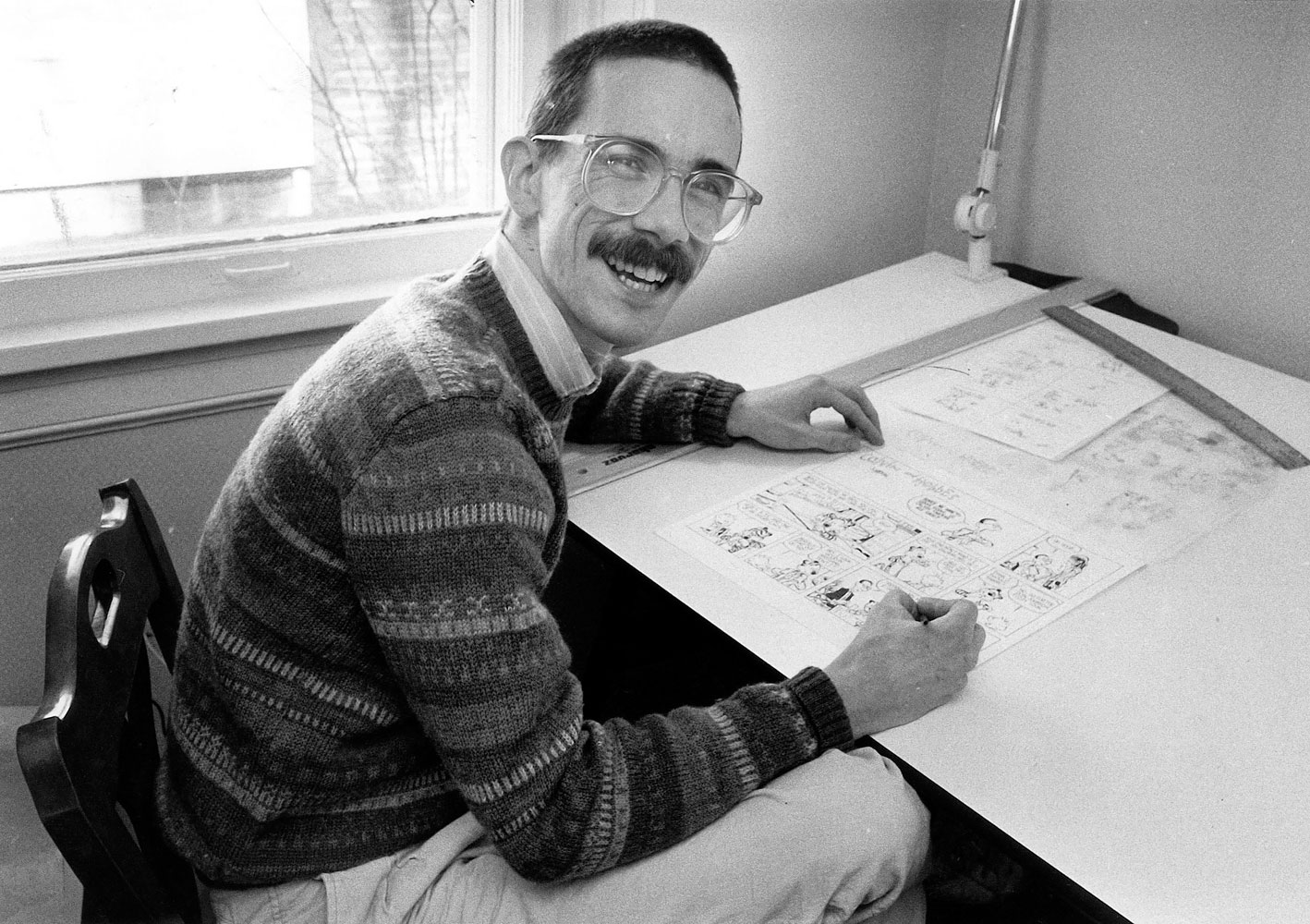 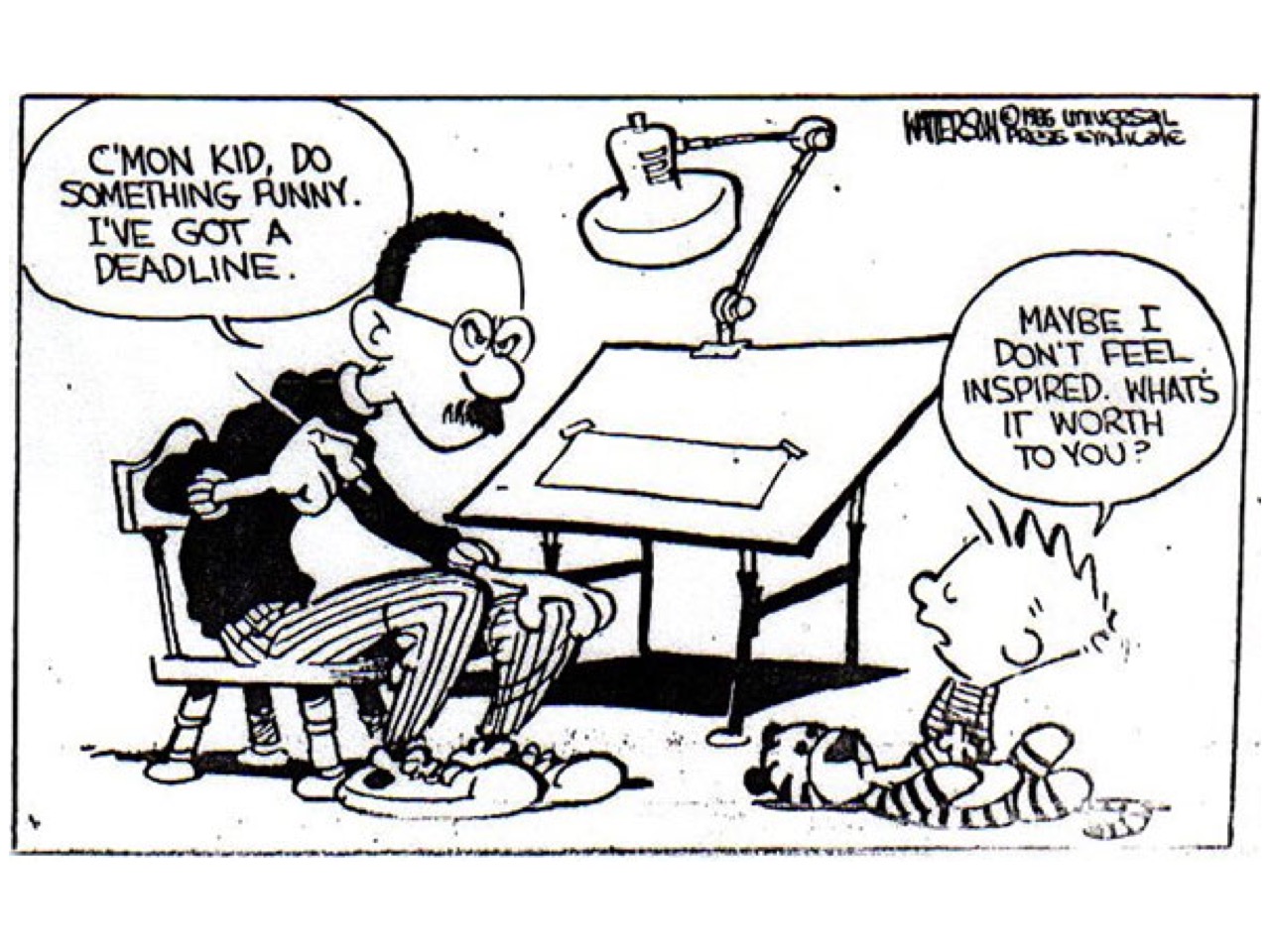 Growing up, Calvin and Hobbes were my friends. I suspect many kids in my generation would say the same. And the legacy lives on! I hold tremendous affection for these characters, and I learned a great deal of wisdom from them.

This post is dedicated, with gratitude, to the artistic life and work of cartoonist and writer, Bill Watterson. Thank you!

I use these comic clippings under Fair Use for educational purposes; Watterson and the appropriate rights holders reserve all rights. 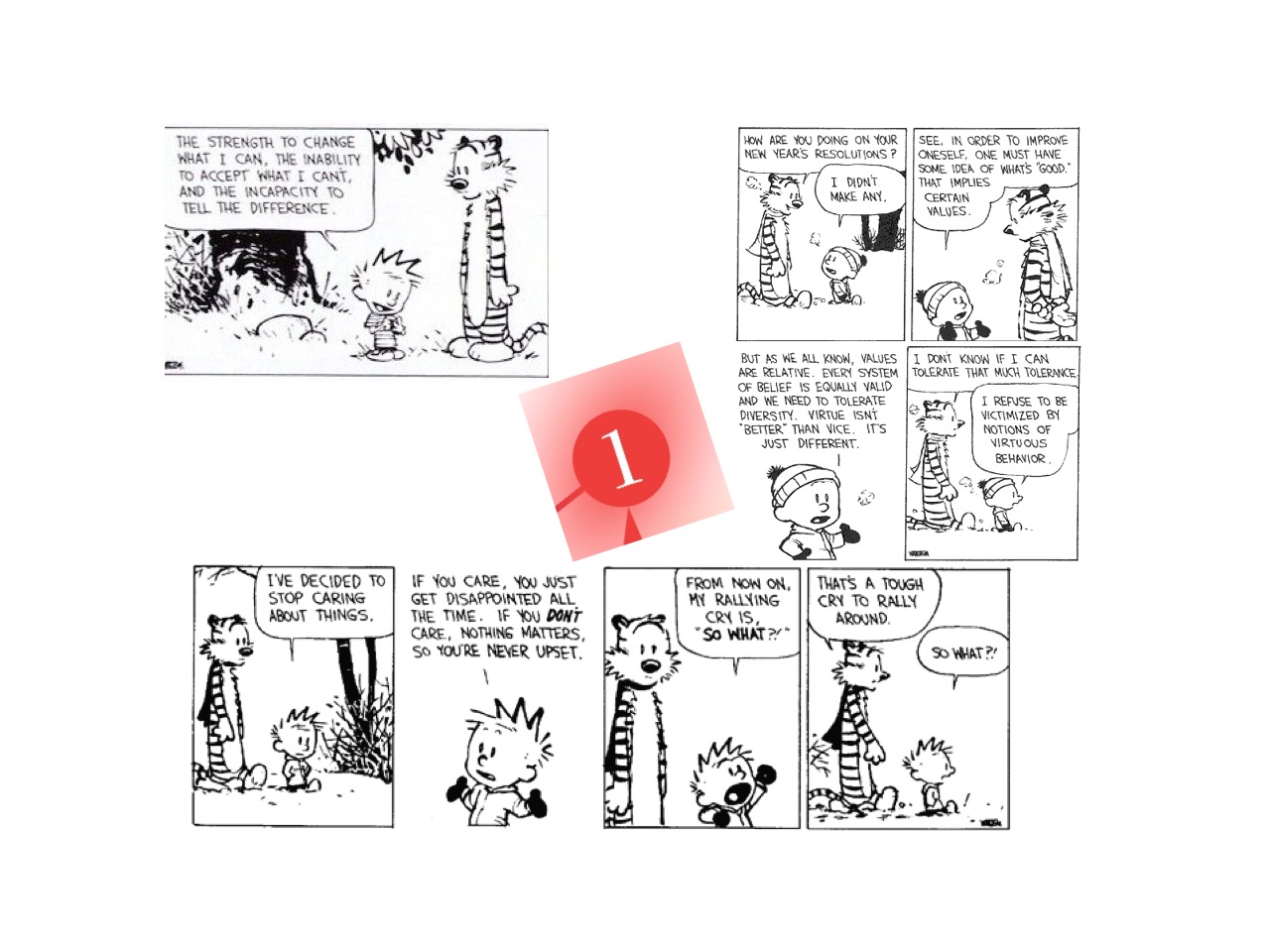 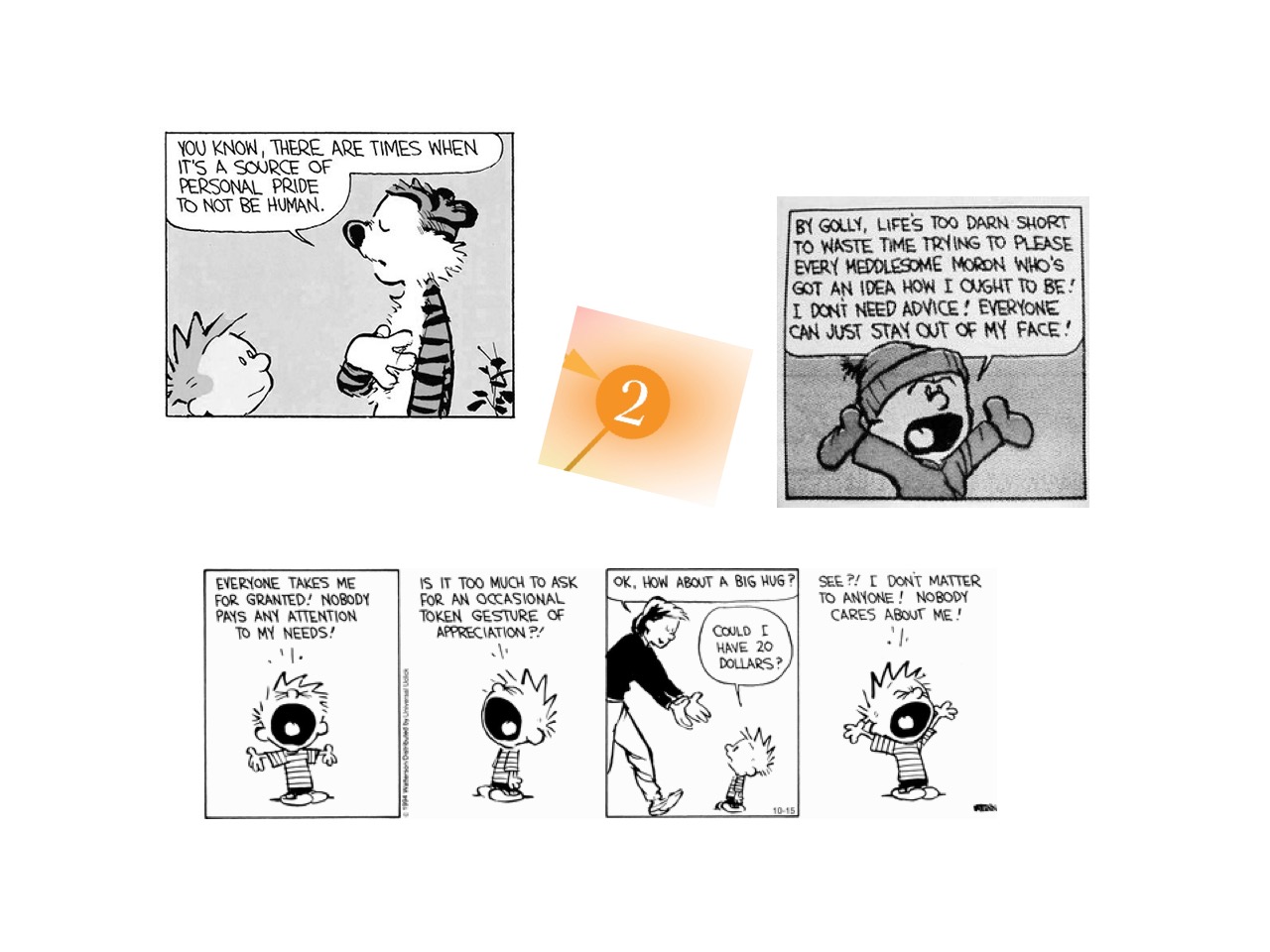 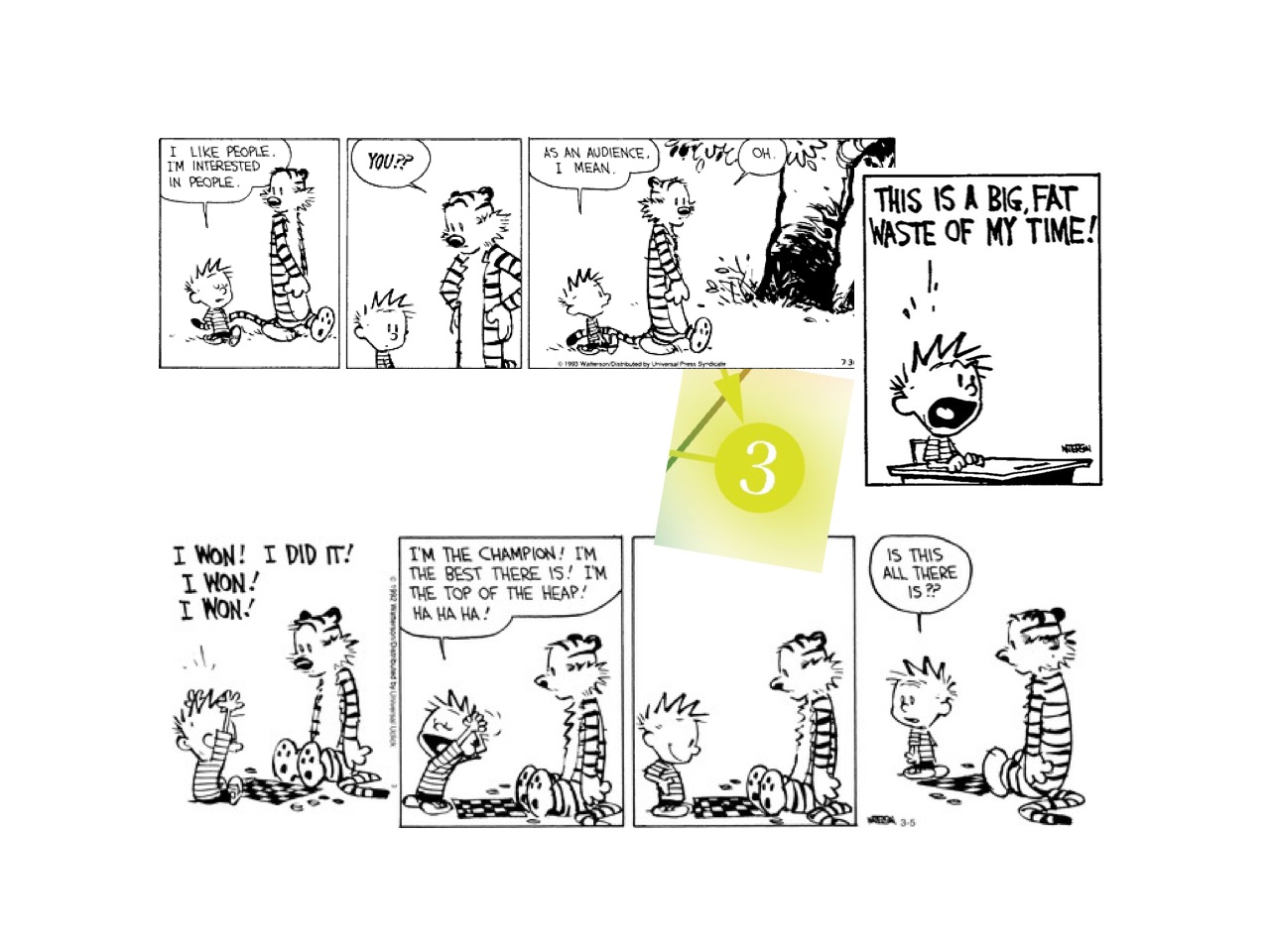 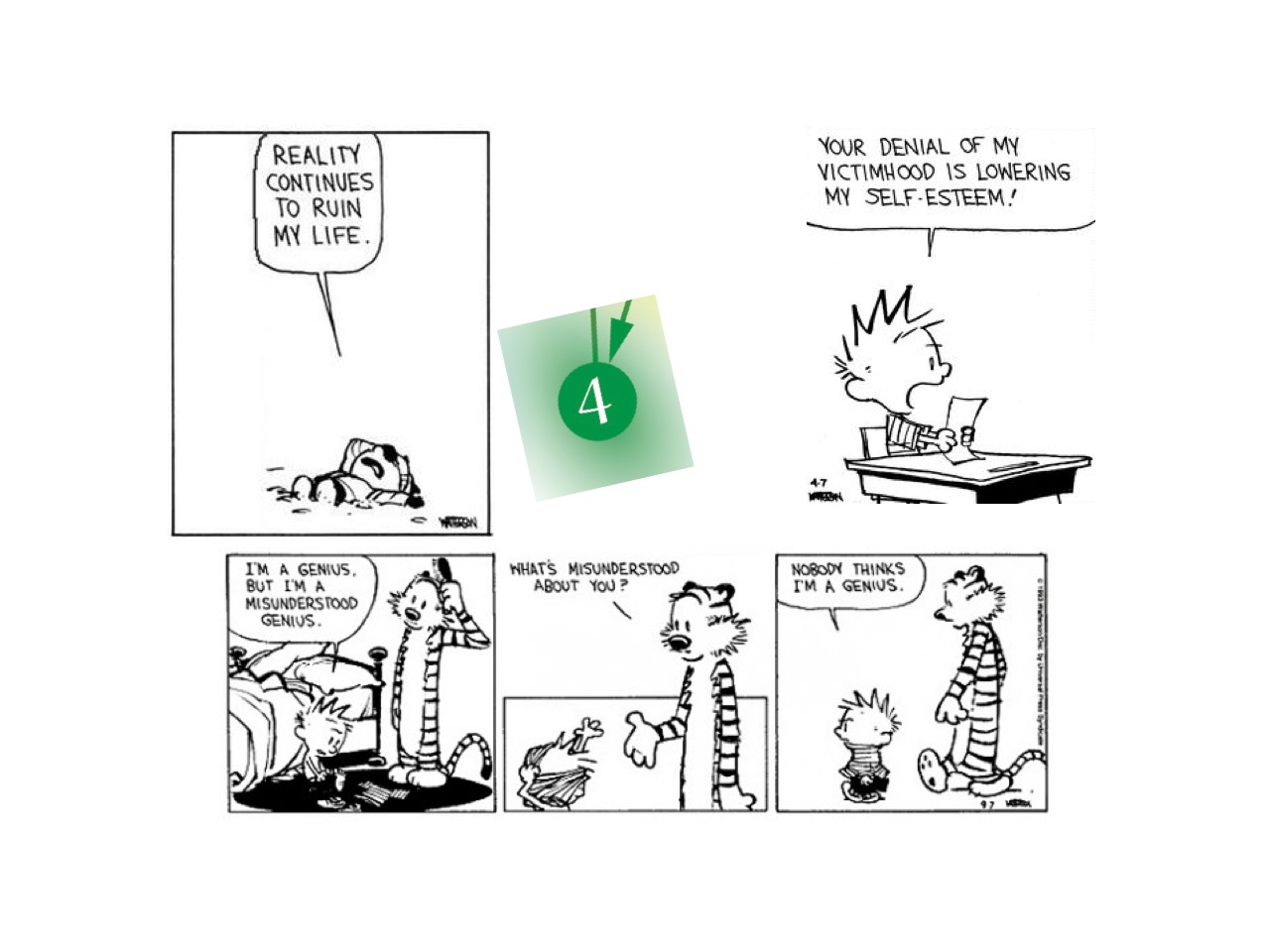 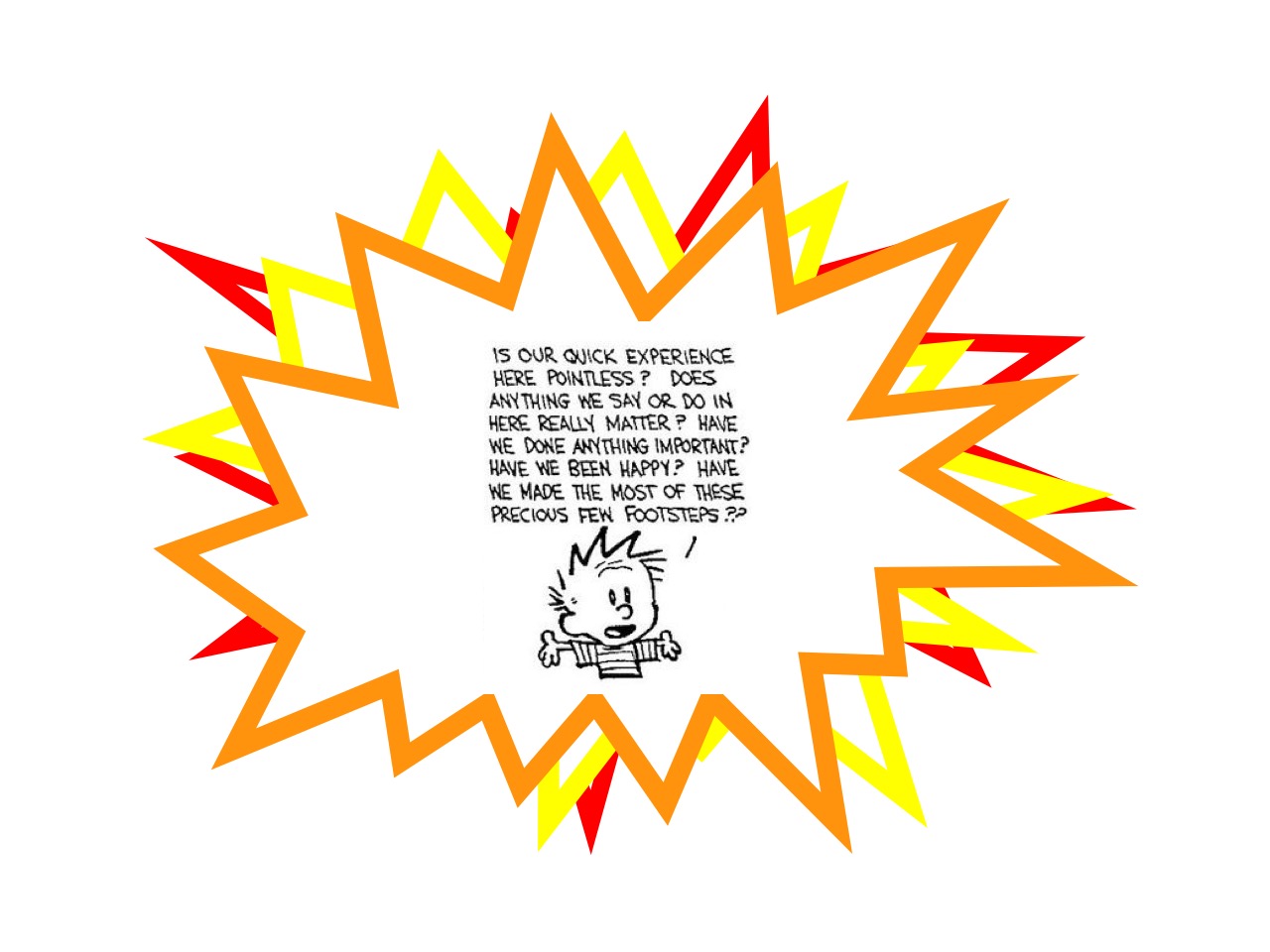 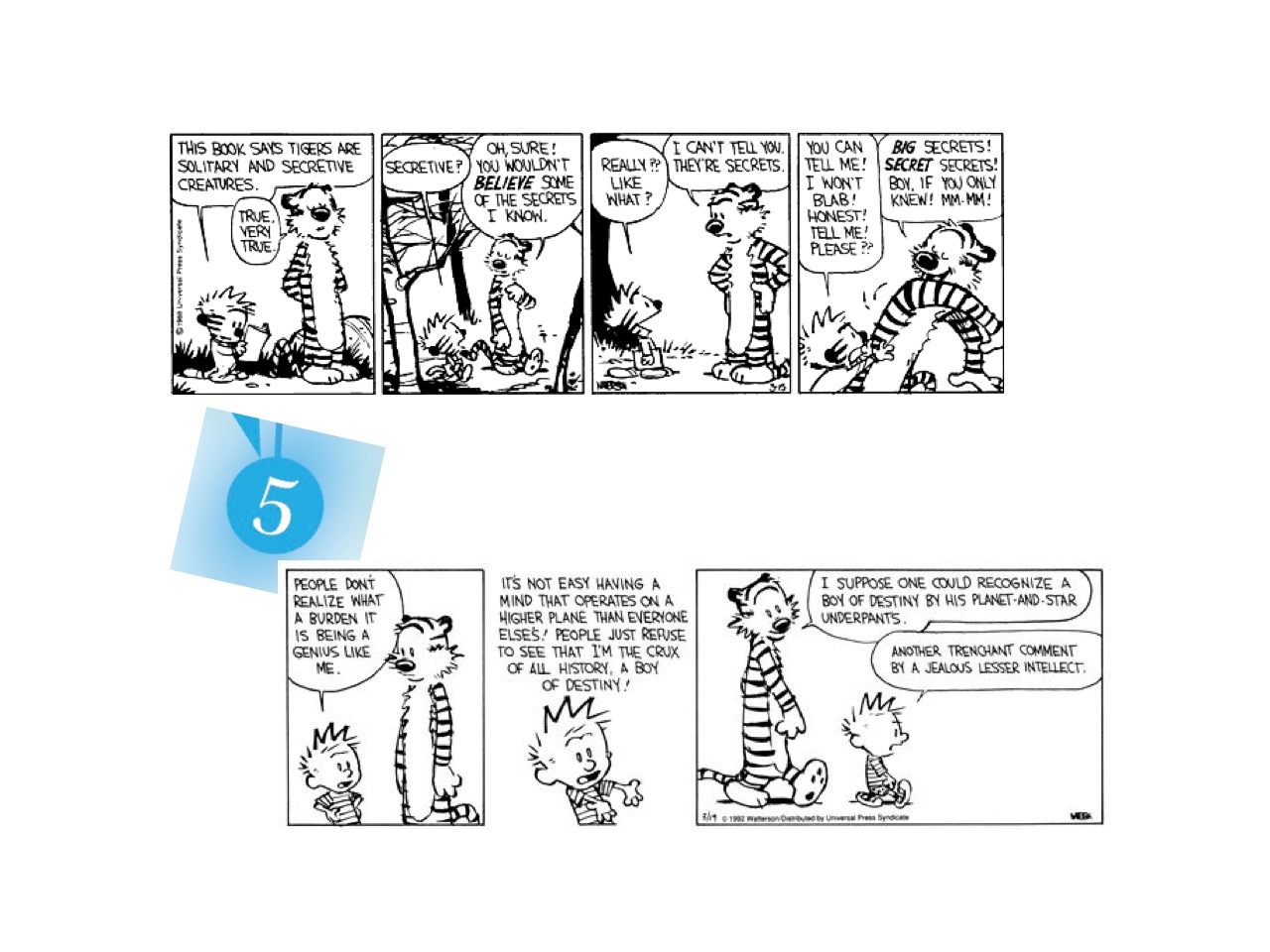 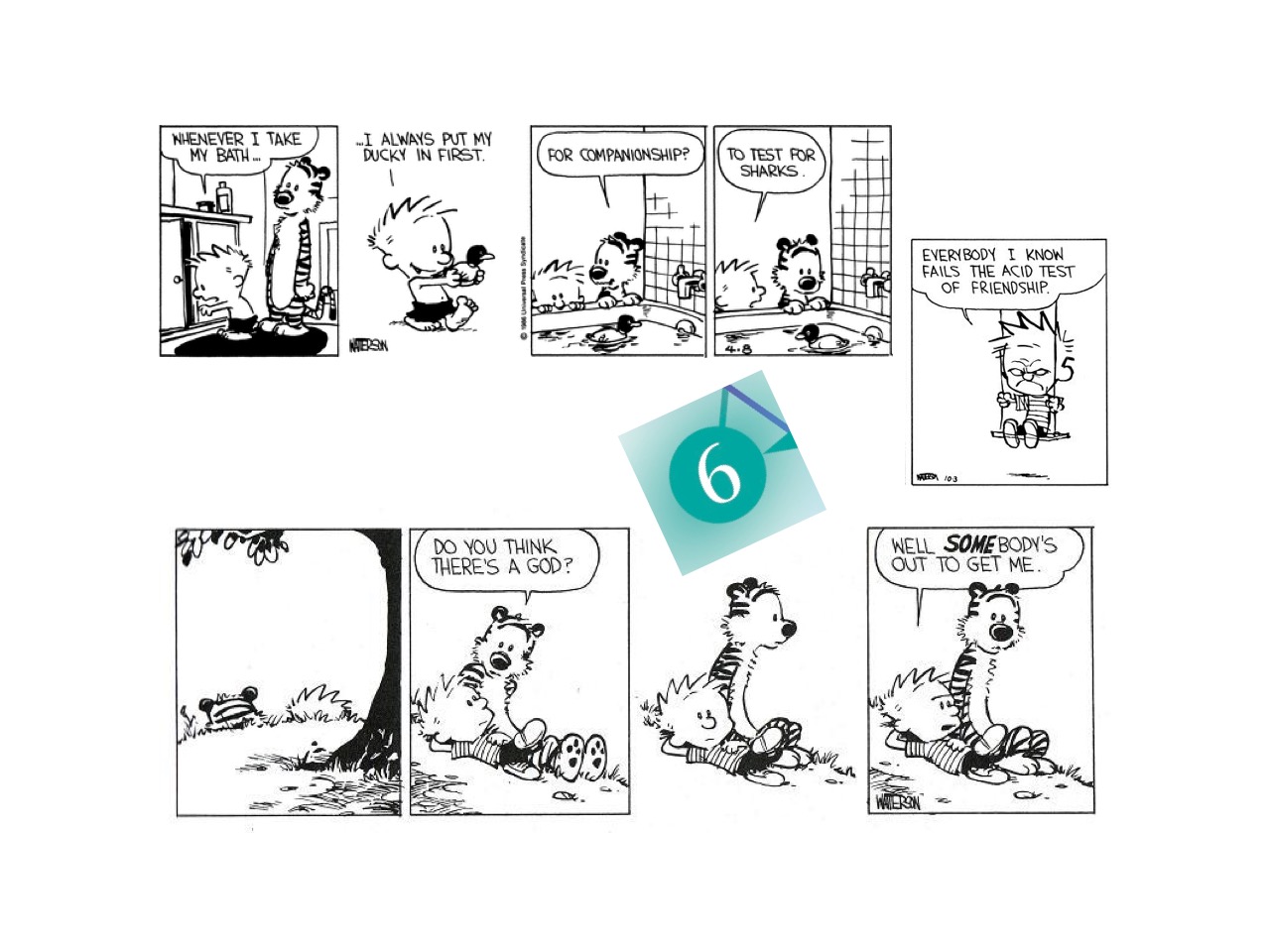 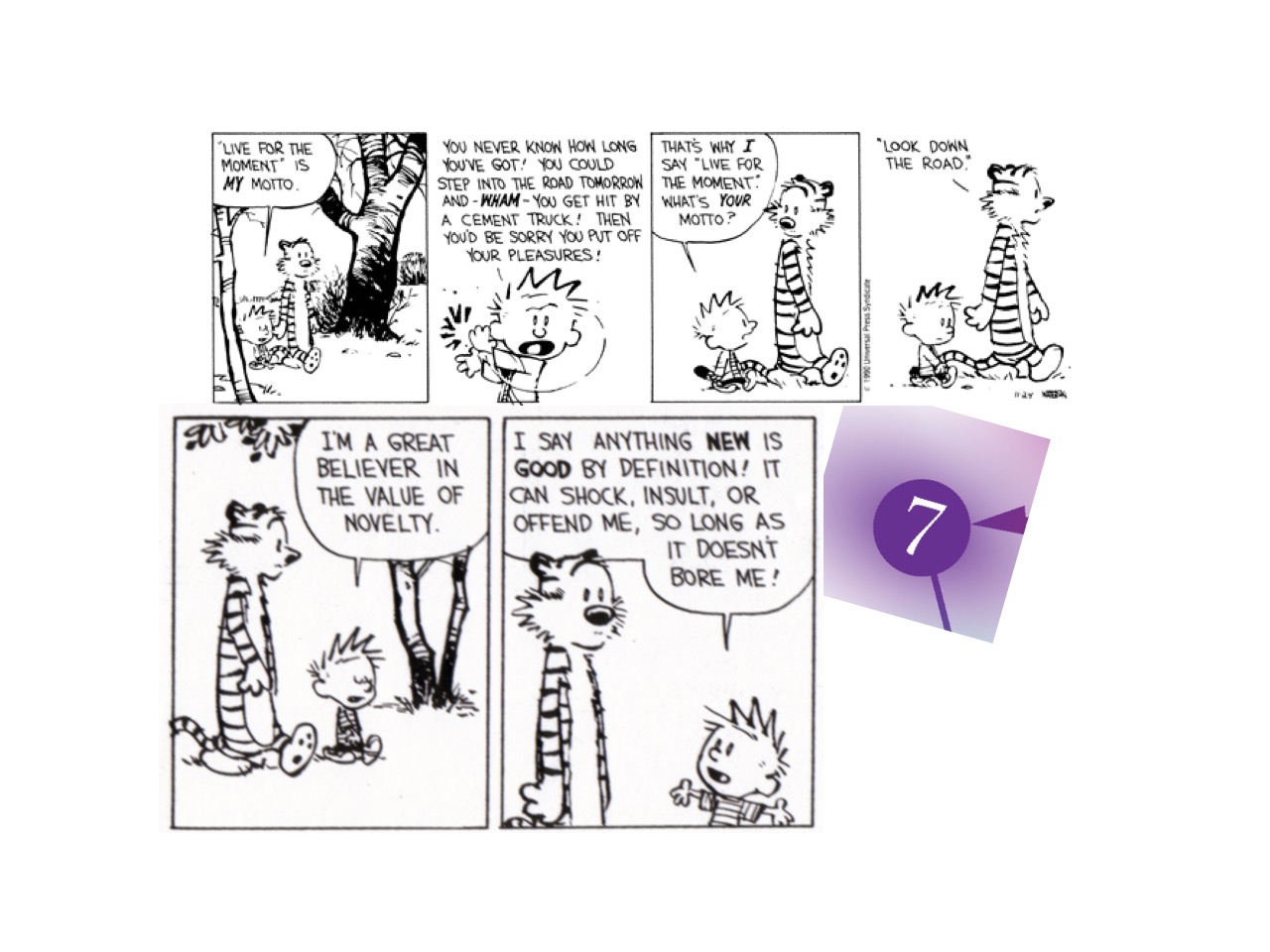 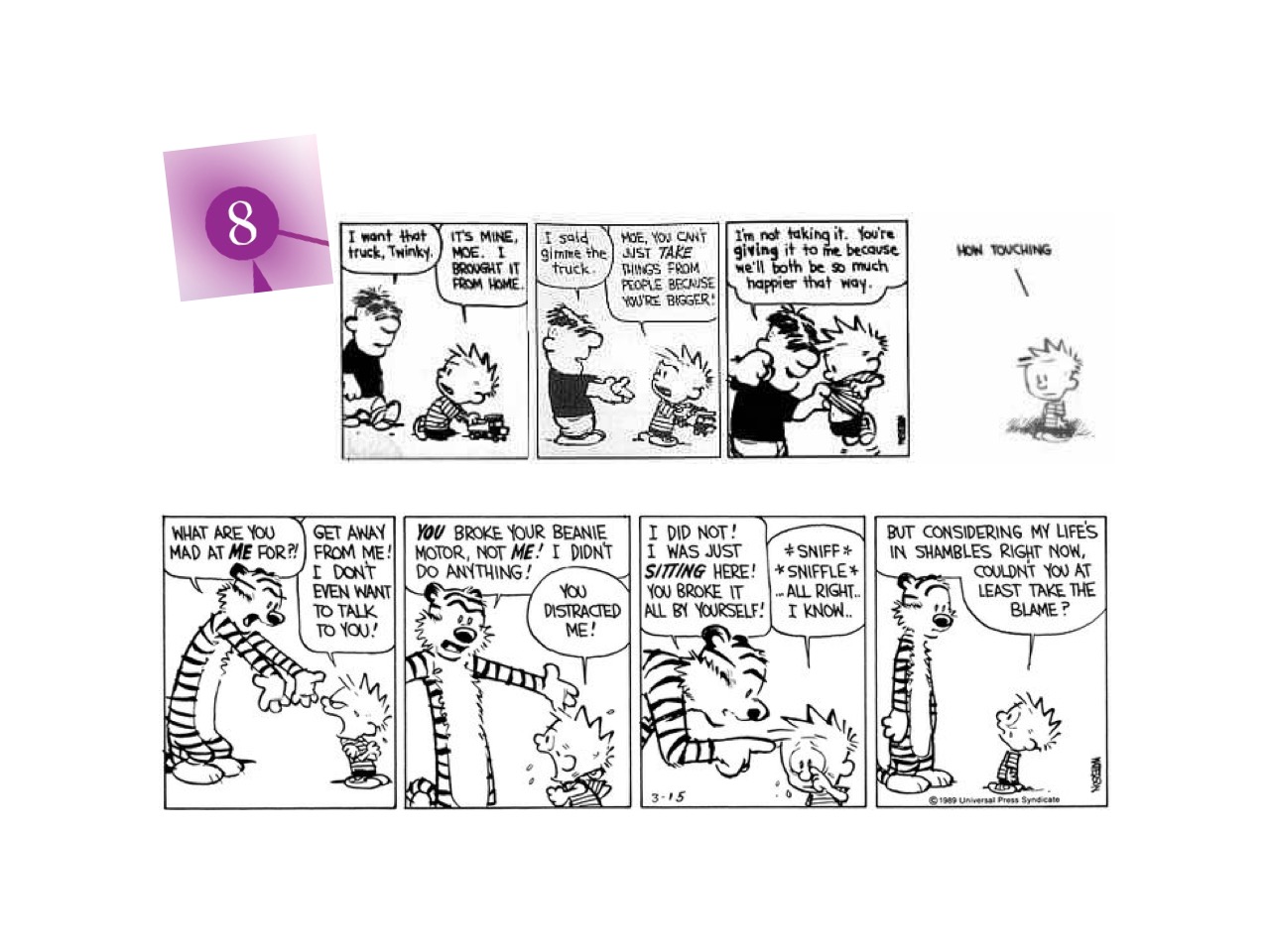 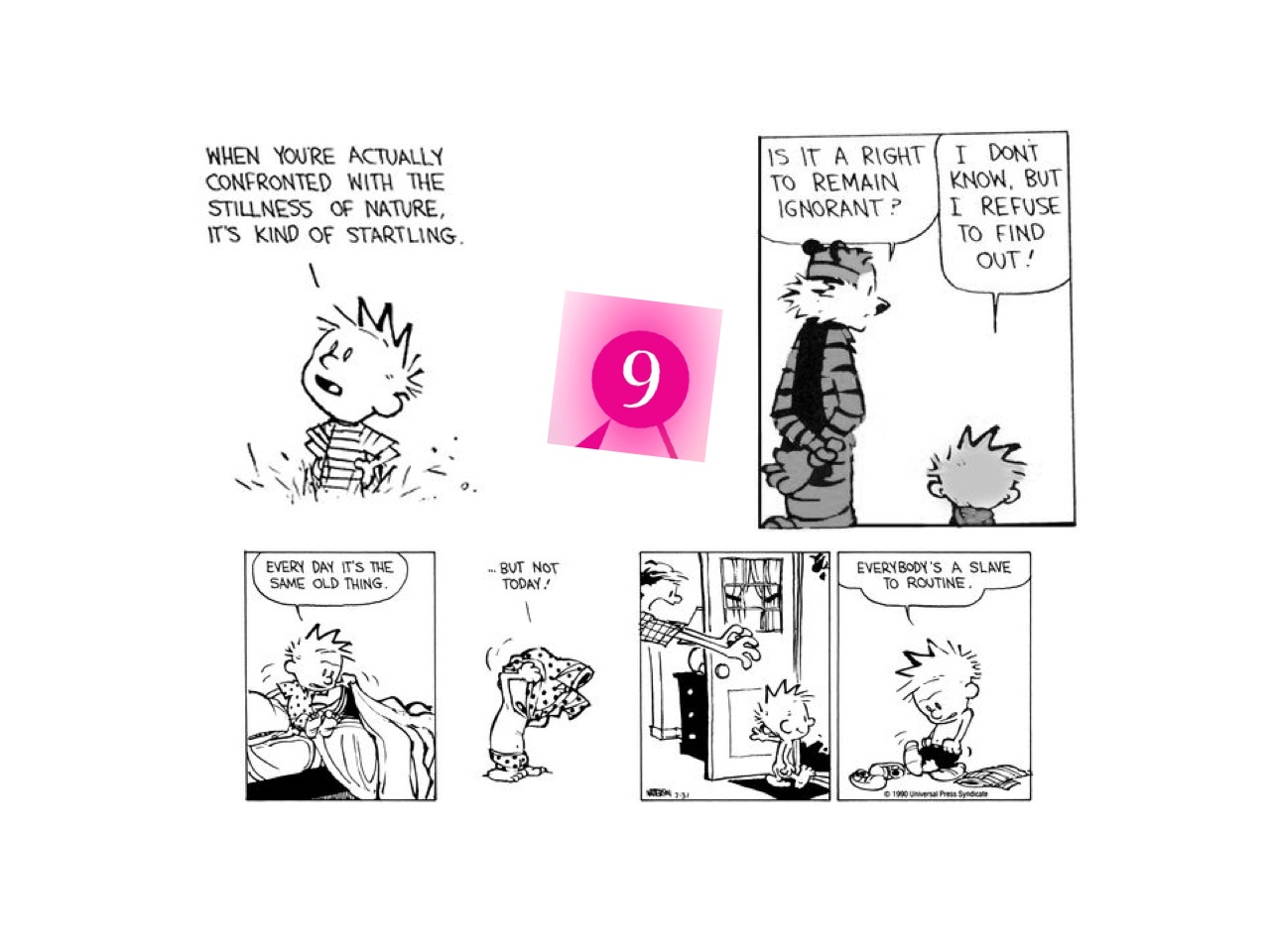 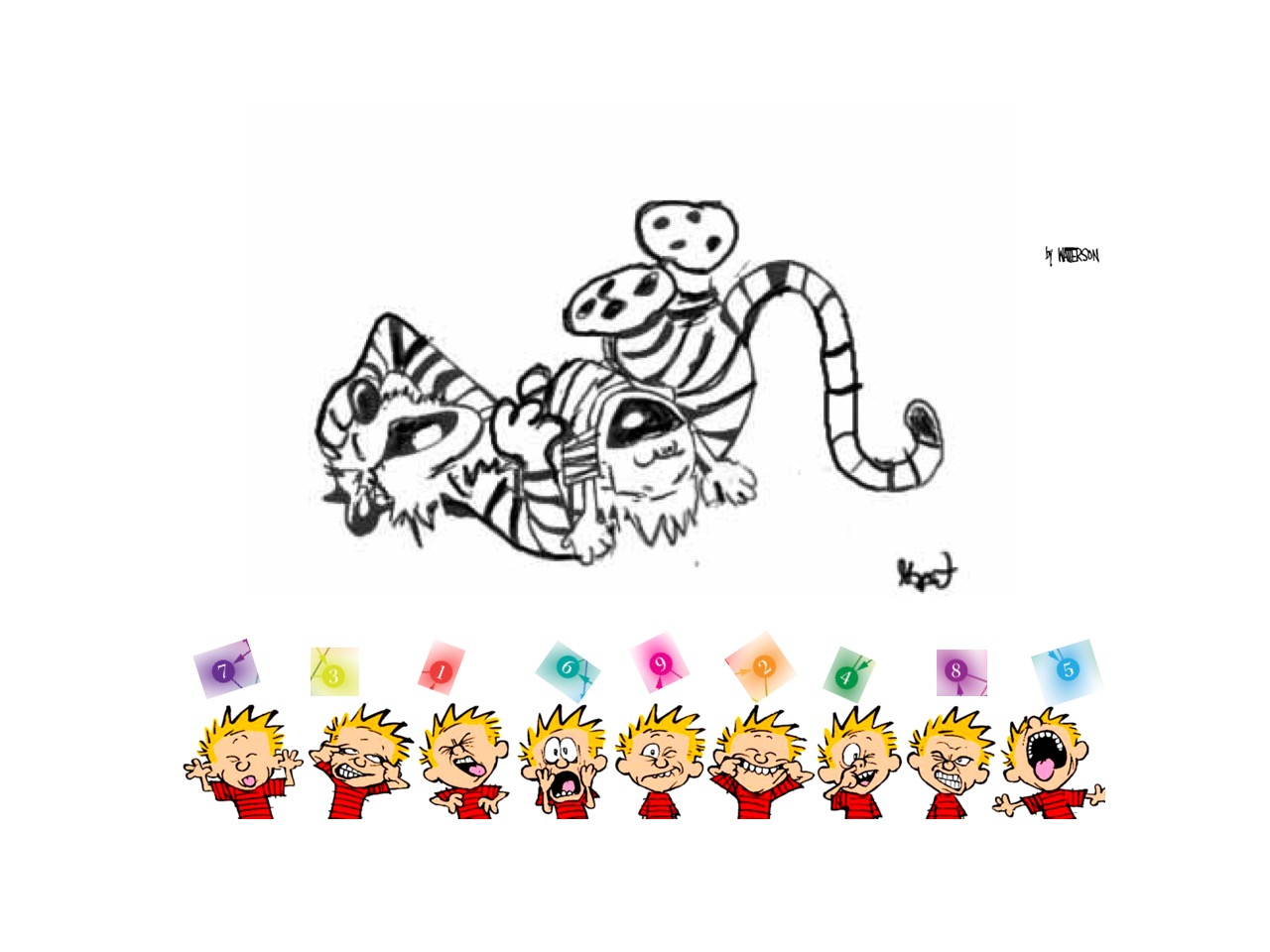 Click here to learn more about the Living Enneagram approach of relating the nine personality types to the nine universal stages of transformation.

Personality patterns are like computer programs. Ordinarily, we only see the surface of our preferences and behaviors without seeing the programming code driving them. The Enneagram provides a map for navigating deep investigation into our programming. Rather than...
Read More

“Person To Person" -- the series finale episode of this hit show Mad Men -- provides a vivid, dramatic illustration of the inner triangle of the Personality Enneagram: 3 – 6 – 9. Don Draper runs the Type 3 personality style. The series finale tracks his journey from a...
Read More

The work of personal transformation can be difficult. It helps to remember our Basic Goodness. The Personality Enneagram shows us some pretty hard stuff. It describes nine styles of sleepwalking, nine habits of reactivity, and nine ways of generating and exporting...
Read More

Typing others is tricky business: often we miss the mark or deny others the opportunity of self-discovery. Such concerns carry less force when typing well-known figures. Public figures -- like politicians and celebrities -- voluntarily submit themselves to a certain...
Read More

On October 19, 1999, I was a passenger on a hijacked plane flying from Istanbul to Cairo. After arriving safely in Egypt, I wrote the below email to friends and loved ones. Years later, I encountered the Enneagram and determined I run the Type Six personality style. I...
Read More

Download a free PDF of the Nine Types Charts. 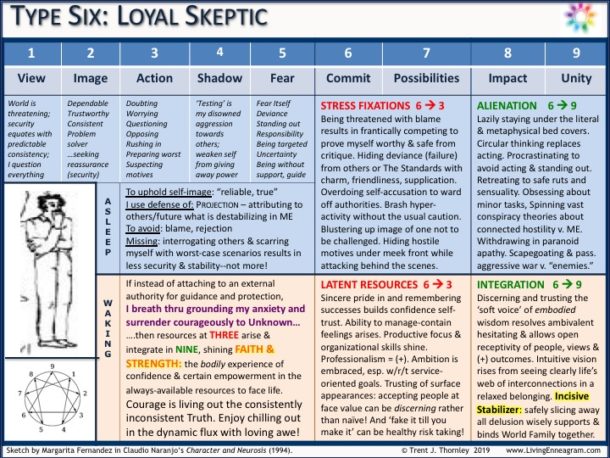 You have Successfully Subscribed!

Subscribers can download a free PDF of Nine Types Charts. Each chart overviews one of the nine personality styles and how it moves through the nine stages of change.

You have Successfully Subscribed!